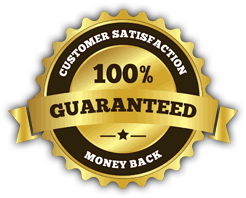 Surge Protection for Your HVAC System

Your heating, ventilating, and air conditioning (HVAC) system is one of the biggest investments you’ll make in your home, so it’s important to care for it properly. Many people think of surge protection as something that’s only used for electronic devices, like TVs and computers, but HVAC systems are susceptible to damage from power surges as well. Let’s take a look at some of the most common causes of electrical surge damage to HVAC systems, and how you can protect your home from them.

Everyone thinks of lightning as the obvious cause of power surges, but there are other reasons why your power can spike and short out your electronics and HVAC system. Some surges can actually be caused by the appliances themselves! Generators, motors, and air conditioners have been known to malfunction and send extra current through your system.

HVAC systems actually contain electrical components that can be damaged or ruined during power surges. If you’ve experienced surges before and never noticed a change in your HVAC system, that doesn’t mean it’s safe: mild surges may not produce an immediately noticeable effect, but over time they can wear the equipment down much faster, so you’ll have to spend time and money getting it replaced sooner than you normally would have to.

That’s why it’s crucial to protect your HVAC system with a surge protector. The way most of them work is by detecting the surge and working to shut down the electrical components of your system before they can be damaged. There are different kinds of surge arresters that vary in response time and level of protection. Consult a professional to find out what service voltage and maximum surge current you’ll need your surge protector to handle.

Before buying a surge protector, make sure it’s protected by a warranty. Many of the good ones have a warranty of at least 10 years, and extending up to limited lifetime. That way, you know the company stands behind their product enough to pay for any damage to your equipment from any surges that make it through.

Heating, ventilating, and air conditioning is expensive, but they’re more or less necessities to stay comfortable during the winter and summer months. So save yourself expense and hassle by calling Berner A/C & Heat, (504) 822-8080, to ensure that your HVAC system is correctly protected in the first place. Home ownership isn’t always easy, but the rewards more than make up for the challenges.